Today's second post is about Jacob Beilstein, my 3rd-great-grandfather. He was born in Hessen-Darmstadt, Germany in 1851, and came over to the US as a baby (though I'm not sure who with, as his father Georg Christian Beilstein died just a few months before he was born). He was raised by his older sister and brother-in-law, Maria and John Frederick Beilstein (the parents of Bertha Beilstein, whom I've written about before). He apprenticed as a butcher to his brother-in-law, and stayed with that vocation all his life. He moved around a lot - back and forth between Nebraska, Chicago, and Pennsylvania. He married Amelia Waechter and had two daughters with her, and supposedly three sons that all died in infancy, though I've yet to find any actual record of them. He supposedly died in Pennsylvania just shortly after the 1900 census was taken, but I've yet to find his death record. For having lived a relatively short life (passing away at 49) I'm glad that I have several photos of him. 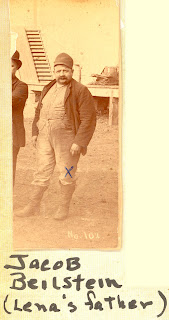 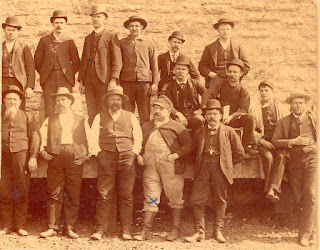 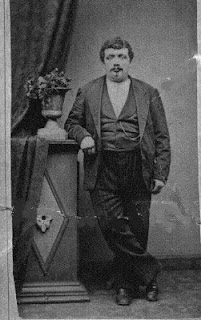