A few years ago, I came across a site that had a series of pictures where families would try to recreate an old family photo. They were hilarious - photos of dads with babies on their lap became grandpas with their grown children sitting on them, grown men playing with rattles and binkies, etc. I wanted to try that with my siblings, and make a humorous gift for my mom for mother's day a few years ago. 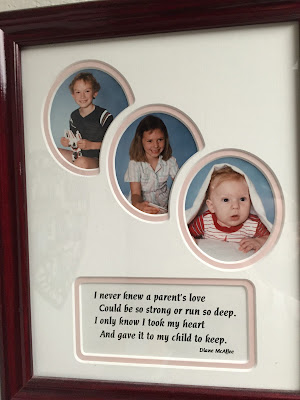 It's a cute picture, taken over 30 years ago. For reference, I'm the buck-toothed boy on the top left. Now my sibs live a ways away, my sister in Seattle (not too far, only 30 miles) and my brother in Iowa while going through med school. But they were able to recreate their photos and send them to me, which led to the creation of this masterpiece: 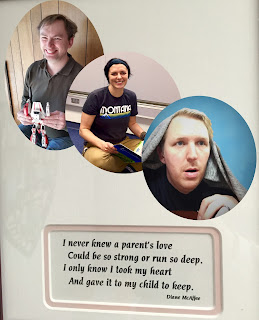 When mom saw this picture, she laughed louder and longer than I have ever heard her laugh. It was so absolutely awesome. Hands down, this is in the top 3 of the best ideas I've ever had. ﻿
Posted by ironhide781 at 11:19 PM